On Saturday 20 September, His Majesty King Willem-Alexander will attend a ceremony in Driel commemorating the 70th anniversary of the contribution of the Polish 1st Independent Parachute Brigade to the Battle of Arnhem. President Bronisław Komorowski of Poland and Dutch Minister of Defense Hennis-Plasschaert will also be present and will deliver speeches during the service.

During the Battle of Arnhem in September 1944, around 1,500 Polish service personnel, members of the 1st Independent Parachute Brigade, were dropped in the vicinity of Driel, from where they were to support British units, particularly those in Oosterbeek. The Polish units made a major contribution to the eventual withdrawal of the British parachutists.

During those September days of 1944, a bond of friendship developed between the residents of Driel and the members of the Polish brigade. In September 1945 the townspeople adopted the graves of all the fallen Polish soldiers. Since 1946 memorial services have been held in Driel to honour the Poles. Every year the service is attended by a group of Polish veterans. This year, 12 Polish veterans, now living in Poland, the UK, the US, Canada and the Netherlands, will attend the service.

The Driel-Poland Foundation will organise the commemoration in Driel. Since 1994 all memorial services related to the Battle of Arnhem have been coordinated by the Airborne Commemoration Foundation. 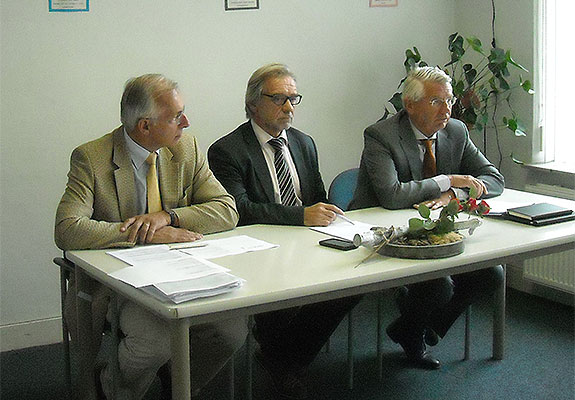