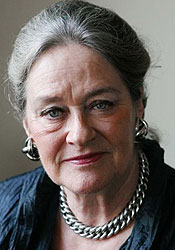 The first Polish soldiers returned to Driel in September 1945.
They paid their respects at their killed comrades’ graves and it moved them to see that only one year later there was already a monument in memory of their battle.
The battle of the 1st Polish Independent Parachutists Brigade, led by General Sosabowski.

They returned each year and soon their children, and subsequently also their grandchildren, reached the age at which they landed in our village with their parachutes in those September days of 1944.
Firm friendships were formed between the Poles and the Driel residents, which are still going strong today.

Veterans also visit the commemorations in Driel every year. Not just from Poland, but they also make the journey from various different parts of the world in order to once again remember those long gone days together and to share it with us.
The unknown, the uncertainty, even fear of what awaited them.

Their numbers are reducing each year and there will undoubtedly come a day when there are no more veterans who are still carrying their own memories of that lost battle in September 1944. So will that mean we won’t need to commemorate anymore? Absolutely not.
After all, commemorating isn’t just remembering what once was, our thankfulness for being given our freedom back at the expense of the most valuable thing in the world: your life, but even more than this, building a bridge to the future.

Reading the newspapers and watching the news every day will soon threaten your faith in a world without war, without violence, hunger and fear.
Sometimes you may literally feel battered by all the misery. It can make you stop believing that things can and should be different. But if we give in to those feelings, we will all most definitely be losing the war.

This is why it’s so good and important that young people from various different countries are involved with themes like freedom and democracy each year during the International Airborne Youth Conference.
After all, they are the ones who need to get the message across to future generations; they will need to build that bridge to the future.
The message we learnt as a result of our veterans’ efforts.
That, no matter how difficult the fight, freedom was worth it, is worth it and we will continue to fight for it.

We will hold that thought today, when we commemorate the many men, at that time often still boys, from the 1st Polish Independent Parachutists Brigade, as a sign of honour and major gratitude for their efforts.