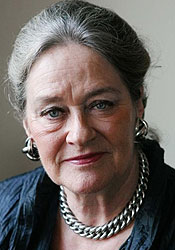 In September 1954, the 9th to be exact, and ten years after the men of the 1st
Polish Independent Parachute Brigade landed in Driel, General Sosabowski became
an honorary citizen of our community.
Shortly after those September days of
1944, the inhabitants of the village of Driel built a monument to commemorate
the efforts of the Polish Brigade, which resulted in the Poland Square and the
Sosabowski Square.
But what the Driel inhabitants had actually experienced
and what the “De Polen van Driel” (The Poles from Driel) book discussed
extensively, wasn’t recognised by the Dutch government until
2006.

Yesterday our Queen awarded the brigade’s men with the highest
military honour for their brave efforts and General Sosabowski was posthumously
awarded with the Bronze Lion. This is a very joyous occasion. The only sad thing
being that it has been such a long time coming. That a man, who predicted that
the Battle of Arnhem was unfeasible, who actually voiced his concerns, should
die as a nobody, purely because this suited international relations better –
that is sad.

The “ordinary” man in Driel didn’t understand this either.
After all, they experienced what happened there and commemorated the efforts of
their Poles each and every year. Mrs Cora Baltussen, a Red Cross nurse in those
September days and later on Chairperson of the Driel-Poland committee, fought
the Dutch government for this recognition for 60 years. She died very recently
and unfortunately didn’t get to experience what she fought for for so many
years.

I think it was the Dutch research journalist Lassche who got
things moving. His research efforts and perseverance resulted in the 2004
documentary which gripped everyone.

Yesterday the recognition of the
efforts by the 1st Polish Parachute Brigade led by General Stanislaw Sosabowski
became a fact. This has resulted in the many friends of the Polish veterans in
Driel experiencing feelings of both justice and joy. I am certainly one of
those.

As the Mayoress of Overbetuwe, which the village of Driel is part
of, it was a great honour for me to be part of the ceremony in The Hague
yesterday. But the heart of the friendship between Poland and our community, the
gratitude for their efforts in the September days of 1944, are here in
Driel.

Dear veterans, I therefore hope to be able to continue to welcome
you in this memorable village of Driel for as long as possible.